This have really calmed down at shelterwood. One of the new bigs introduced the kids to some card games and half the house is hooked and that is all they want to do. A couple days ago me and a few of the littles starting converting a hiking trail into a Mountain biking trail. We have worked over a dozen hours and completed two berms and a jump. It has been really cool to see the kids be excited about working and actually ask me to work with them. Il try to post some videos or pics.

Love you all
Brian f 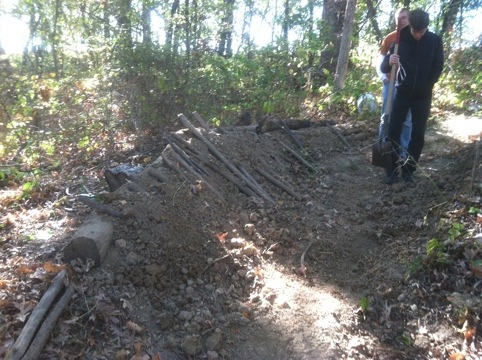 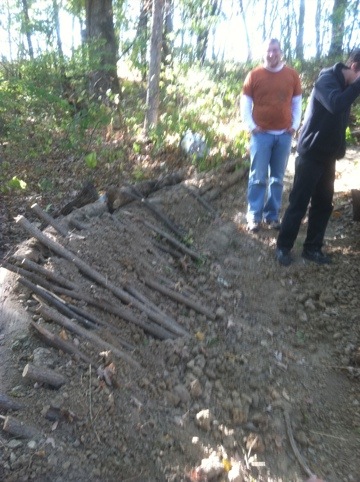 Your browser does not support the video tag

This is my first ever blog from my iPhone! Now you may wonder, brian why would you use your iPhone with it’s tiny little screen to type out a blog when you could with much greater ease type it on your laptop? And my reply would be yes, but where’s the fun in that.

Anyway today today was pretty crazy. Well it didn’t actually get crazy until dinner time but then it stayed crazy for awhile. It all started with a text saying one of the kids had walked out of the house and that I needed to end my bike ride in the woods. Once I got out of the woods I saw the guy who was missing so I droppedy bike off and began to follow him with another big. Our new policy is that kids are not allowed to walk off propert anymore, we are supposed to tell them that once they get to the front gate they can either turn around or they will be restrained and brought back to the house. I actually had enforced this new policy the night before with one of our newer littles who tried to walk off and me and another big had to “help him” back to the house. Once inside we brought him into the iso room where upon finding out that he would spending the night in the iso room had a bit of a freak out and I ended up having to restrain him for an hour until I got too tired so I had to trade out. Anyway today this other kid was walking toward the gate and I followed the same procedure as the day before; told him he was free was free to walk around the loop or anywhere on campus but he could not leave property. This particular individual is in my opinion one of our most defiant kids so I was hoping but not expecting him to stop. As he approached the gate I ran ahead and closed it and positioned myself so that he would he would have to move me to get out. This week we finally got restraint trained and while I have had plenty of restraints and felt confident in my abily to restrain him
I didn’t want to unless absolutely nessesary because it would be very difficult to get him back into the house and I didnt feel like laying on top of a pissed off kid while he cusses me out for an hour until he calmed down again like I had the night before. He approached me and said get the Fu*k out of my way I want to walk. And I said I hear you but that’s not an option right now. This went back and forth a few times with his response getting a little
Louder and more agitated with each rebuttal. This banter was only interrupted by brief outbursts where he would get up right in my face cuss me out, dare me to touch him, and then push me. Normally if a kid pushes staff like that it’s instant grounds for a restraint but for whatever reason the big who was behind him didn’t. Even though the kid was obviously escalated I could also tell he was scared. He would get up in my face and look me right in the eyes and try to intimidate me and I would look back into his and stand firm letting him know I’m not afraid of you and your not getting your way right now. He would have brief moments where it seemed he was trying to pull himself back together but would eventually fail and then blow up again with his frustrations redoubled. I noticed his legs where shaking which in the moment I believed was a physical manifestation of his fear.what ended up happening was we had another big (Bj) switch out for the one currently with me (andrew) because Bj has the best relationship with this kid. During the switch Bj walking to me and I got distracted and the kid walked past me at which point I was like hey we need to get him back here, he is highly escalated and I would rather restrain him where on our property instead of on someones front lawn where we will prob get the cops called on us. He felt it was best to let him walk it off and once the hall director showed up in the van he said that after talking to the kids counselor he agreed that that was the best course of action at this time, with the understanding that he would stop by highway 24 or be restrained and returned to property forcefully. I ended up tailing Bj for 3 miles in the van then the kid picked up a rock and kept walking toward the highway. At this point I knew things where not good. Me and the hall director drove past them and attempted to restrain him but whenever he was aproached he treatened us with the rock. We tried once Again with the same result and then in the time it took to contact the necessary staff he was already on the highway headed into town. We ended up having to call the sherif and he detained him and brought him back to property. Once that got resolved I ended up having to restrain the kid I had the night before again in the iso room thankfully only for 30 mins mins before I was relieved instead of an hour.

In addition to all this madness earlier this week once kid had a meltdown and ended up getting detained by police on property and brought to a psyc hospital, I don’t believe he’s coming back. Oh yeah and I got punched (in the chest thankfully) when I tried to break up an unapproved guy/girl interaction, this lead to my first public restraint.

So all in all a pretty crazy week hopefully things will calm down again.

Love you all, god bless.

Special thanks to Sara and Danielle for their encouraging letters that i received today.
God Bless.
Brian F

Wow, it feels like forever since i have been in contact with the outside world. Shelterwood has a way of consuming your entire life, most of the time i am on coverage its like i completely forget that i have a life outside of this place. There has been a lot of change going on at Shelterwood and in my heart the last couple of weeks. We now have 10 guy bigs which is awesome. One of the littles had a neutral site visit last week which meant that his parents came here and interacted with him and after 2 days they pulled him because they felt he had changed enough. We also had two new intakes for a total of 21 littles.

I have posted a short album of pictures from shelterwood on my facebook page if you are interested in seeing a little bit of my world.

Even though things have been less crazy this job still remains pretty stressful. Now that i have been here awhile i have started to develop relationships with the littles but this also makes it harder when they make bad choices, or cuss my out. Its harder to not take things personally. I am struggling to find time to get away and to re-connect with the outside world. I have been able to process my days better with people on property and so when i sit down to try to blog i feel like it has been hard to write down things i have already processed. have to go to bed now.