This weekend was Parents weekend, and it was really really awesome. All the kids who have been at shelterwood for more than 4 weeks had their parents come in for 3 days of family counseling, parent teacher conferences, and meals with the other parents and the bigs. I Got to spend time with 4 different families ( friday breakfast, Friday lunch, sat lunch, and then a family took me out to ice cream on sun before they left). It was really awesome to meet the parents of the kids that i have been working with. Friday morning breakfast was with a family from florida, the parents where divorced but got along better than some married couples i know. Their son came to shelterwood about 5 days after i did, so he has been here nearly 3 months. He had a total meltdown 2 days before his first phone call home and broke two windows and damaged other property. He threatened to kill himself if he didn’t get pulled from the program. Unfortunately this is not uncommon for a little to have a blow up before their first phone call. The counselors said that kids try to freak their parents out to make them second guess their choice of sending them to get help. This is just one of many ways that the littles have learned to manipulate their parents into getting whatever they want. Thankfully, despite this kids best efforts he did not get pulled and two months later has shown an incredible amount of growth.

Saturday i had lunch with another set of parents who where from florida. Their son came to shelterwood about a week before i did. He was addicted and depressed and needed to learn how to properly grieve the death of his sister who passed away a few years ago. This was one of my more emotionally charged meetings, partially because of his parents deep heartfelt concern and partially because his parents (and especially his mom) reminded me of my parents. We talked a little about me and the program and then got into their sons progress and prognosis in the program. Like most kids his progress has been slow and steady. He has been a bit of an enigma to me, and it is hard to know how he is actually doing on a daily basis. I made sure to mention instances where i saw their son stepping up and being a leader.

My last official meal (and also the first were the child was present) was with a family from St louis who’s son has been at shelterwood just about a month. He is the kid who i talked about that i had to retrain for an hour before handing him over to other bigs who continued to restrain him for another 2 hours. Oh how he has changed in the last month. He hasn’t been restrained in the past 2 weeks and has shown so much improvement that he won man of the week last week (Oh yeah, and i won big of the week last week also). He is honestly one of my favorite people i have ever met in my life. He has an incredible life story and has overcome so much in his life. He was born in the congo and had polio and has scoliosis. He has PTSD from watching his parents be killed when he was just a baby, and has an attachment disorder from being orphaned after that. Despite all of these things, this kid is more alive than anyone else i have ever met. He is either full of joy or of anger, either way he grabs your attention. Because this was the first time this kid had seen his family since he was brought to shelterwood, and because of his violent tendencies, i acted as a chaperone for 8 hours while we went out to lunch, then went to his uncles house and then picked up their grandma and then went to dinner. (The first picture is of this kid sitting next to his sister and brother). His family was amazing, and his father is an incredible man of God. Interestingly enough he works for Boeing as an engineer, just like my brother. One of the highlights of the weekend for me was when this kid got up during share time sunday morning and thanked his parents for sending him to shelterwood, and telling them how much he loves them. He then proceeded to tell everyone how his parents where killed when he was a child and how much he misses them every day, and then challenged all of the other littles to not take their parents for granted because he would do anything to have his parents back.

The final outing i had was when a family took me out to ice cream before they left. Their son has been at shelterwood for about 5 months. I was told that he has a mild form of autism, but i think he has aspergers  syndrome (Doesn’t really matter). I have spent a lot of time hanging out with this kid because we both like mountain biking and he has been helping me build the mountain bike trail. If you have never worked or lived with an autistic person you can’t really understand how frustrating it can be to almost constantly have them break nearly every social rule and step over nearly every personal boundary that you have. Even so i really have enjoyed getting to know this kid, and i think being a psychology major and having to deal with some pretty challenging people growing up has made it a lot easier to love him.

Parents weekends is great for the kids to see their family but it is mostly about the parents. while it was really really awesome getting to know the families of some of the kids i live with, it was also hard afterwards because now i really miss my family and my friends. Only a few weeks and then i get to go home, WOOT!

Its almost been creepily calm around here. Its hard for me to relax or fully enjoy it because i almost can’t believe its real. Im kind of secretly waiting for them to rebel after having lulled us into a false sense of security, but it doesn’t happen. New leaders are emerging in the house and for the first time i feel like this is a safe, supportive place for teens to meet the lord. 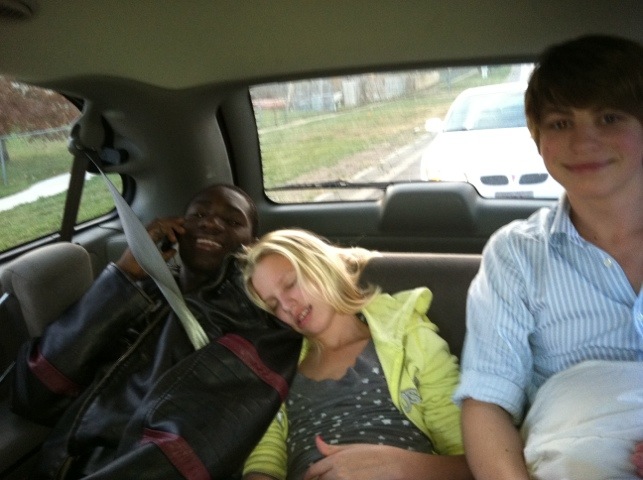 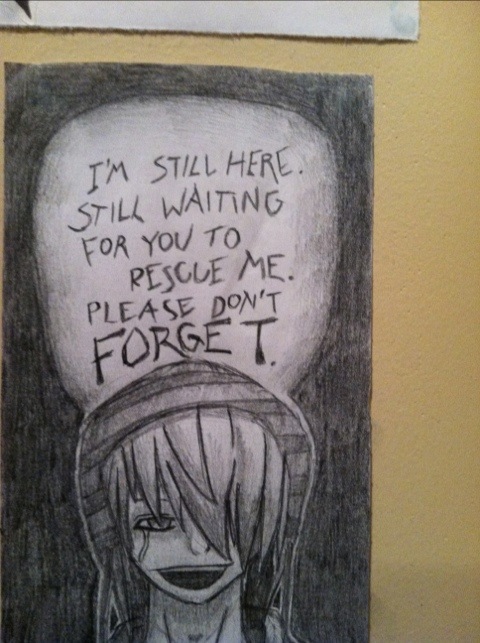